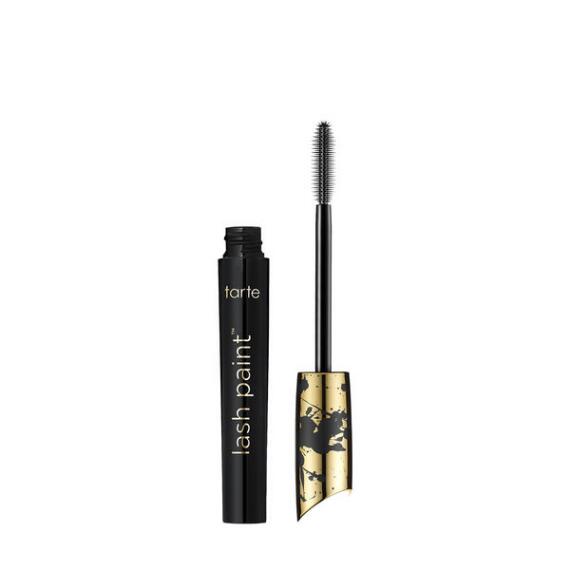 Tarte Tarteist Lash Paint Mascara
4.0
Read Reviews
Was: $23.00 Now: $12.00
PRODUCT SUMMARY
Tarte Tarteist Lash Paint mascara strengthens, conditions and gives high-impact volume and definition with triple-black mineral pigments. The patented silicone mascara wand with multi-length bristles coat every lash for a longer, thicker look with one stroke.
WHY WE LOVE IT
Why We Love It:

The patented soft bristle brush will give you one-of-a-kind lash volume.

Powered by triple-black painted mineral pigments, Tarte Tarteist Lash Paint Mascara softens and nourishes lashes, while painting on glossy, ultra-black definition for a 2700% increase in lash volume. The patented paint brush wand features flexible, molded bristles that grab-and-lock even the tiniest lashes, saturating them in 360 degree root-to-tip, jet-black pigment. In a simple stroke, it sculpts, separates and lifts lashes so you can dramatically boost volume, length and curl with the grace and ease of a Tareist. The formula is vegan, ophthalmologist and dermatologist tested

Generously coat the sculpted paint brush with the triple-black formula and apply in a zig-zag motion, starting at the base of lashes and pulling through to the tip. For finishing touches, use the fanned bristles at the tip of brush to coat the inner and outer corners. Apply two coats for enhanced volume and drama.